Undercutting of rock slopes by either (river or glacier) erosion or highway construction commonly leaves overhanging unstable blocks that collapse after a period of time, endangering people and property, and changing the local geomorphological environment. When bedding or foliation dips steeply out of the slope, such failures often lead to an ‘unravelling’ of the rock slope as the process continues somewhat indefinitely. This situation is of great interest to both engineers and geomorphologists, as the rate of rockfall affects the risk and associated maintenance costs for structures, while the form of partially unravelled rock slopes can provide important information on the timing of major erosional events. While it is a simple task to evaluate the stability of such blocks using a limit-equilibrium model (e.g. balancing the gravitational forces against basal resistance, and intact tensile strength), assessing the time it takes for such slopes to unravel is slightly more difficult. 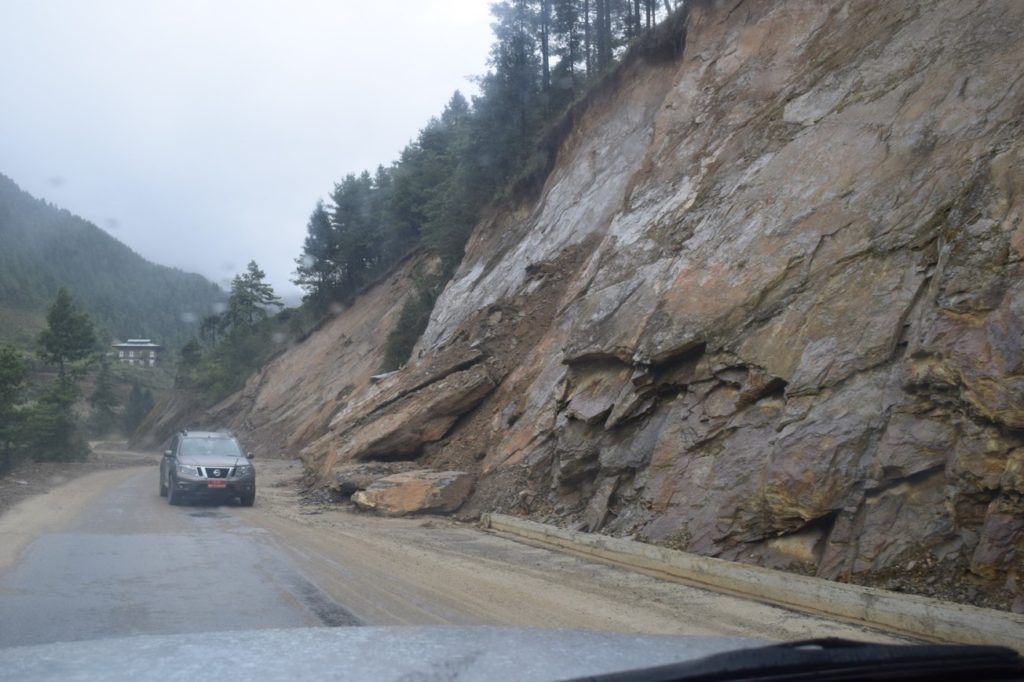 In this project, you will continue the development of a simple limit-equilibrium model created in the software ‘Matlab’ in order to test the effect of varying rates of tensile strength and cohesion loss. We will test the implementation on a number of natural and engineered test sites for which planar rock slope failure dominate by first back-calculating rates of fracture propagation, and rockfall activity. With positive results, the model will be used to develop insights into either a) refining support requirements for rock slopes in which ongoing fracturing can be observed, or b) evaluation of potential rock slope failure rates in response to rapid road network development in the Himalaya (particularly Nepal and Bhutan). The first of these topics can provide important new insight into reduced support requirements on sites in which halting fracture propagation is key to maintaining stability (as opposed to the support of the entire mass of an unstable block), while the second topic has a great regional significance, as rapid growth of road networks in the Himalaya over recent years has (predictably) led to significant slope instability issues. Assessing hazards and maintenance requirements associated with progressive slope failure in the coming years will be a major challenge in these regions.

Almost 200 km of widening on the new east – west highway in Bhutan is strongly affected by landsliding. A large proportion of these are predictable, though a more in-depth understanding will be required to evaluate the long-term performance of the highway.